East West Rail have released their consultation on the Bedford to Cambridge section.

Although their document has a number of options only two cover the route from Cambourne to Cambridge. A separate re-appraisal of a potential route into Cambridge from the North (a preference of the Parish Council) is given several pages in their detailed route analysis document available on-line.

Their now-preferred route is via a Cambourne North station going parallel to the A428 and crossing over near Highfields Caldecote and then as an embanked line down between Toft and Comberton (near the layby) past Little Eversden, to the south west of the Royston Lane A603 It goes over A603 with a viaduct before heading to the south of Haslingfield, cutting through Chapel Hill to join the Kings Cross line near Harston.

A subset of the detailed consultation pdfs from EWR  are here
concentrating on the Comberton related elements.

You should have got your formal consultation booklet in the post from EWR within the first two weeks of April.

It is hoped that the Parish Council will hold a consultation in May to allow you to voice comments prior to submitting your response. 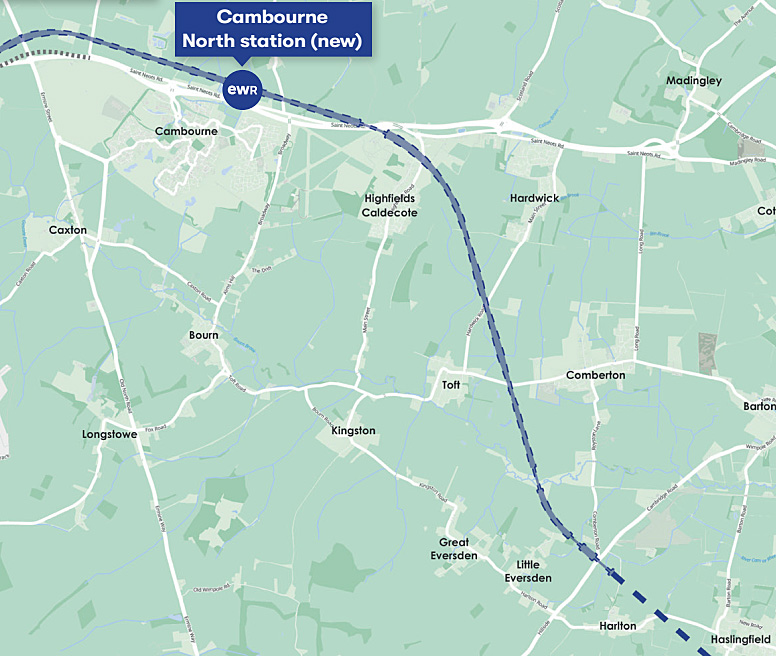